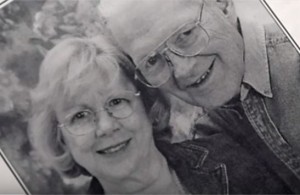 When Russ came back into our lives, his slouched shuffle and downcast eyes made him the picture of rejection. But we never guessed that hiding beneath his droopy, oversized coat was a hopeless drug addict, alcoholic, and Satan worshipper.

It was January, 1982. My husband Bill and I were devoted to the Lord and had raised a close, happy family. God was about to give us a painful lesson on addiction we would never forget!

Russ had been my mothers foster child ten years earlier. I remember him as a loving child who tirelessly helped care for my ailing father.

Two years later, when he thought that his home situation had improved, Russ returned to his parents. But his hopes were soon crushed as again he found himself a victim of addictions cruelty. His alcoholic father beat him with a bicycle chain and yelled at him to get out. Although barely 13, Russ found himself homeless. Finding nowhere else to turn, he joined a carnival. There he got deeply into drugs and alcohol to hide his pain. After years of bouncing in and out of trouble and jails, Russ came to us at age 22, suicidal and violent.

Words cant describe the next four years. Looking back brings renewed pain for Russ and ourselves. Because Bill and I knew so little about addiction, Russ soon gained control of our relationship. Our love for him, coupled with a lack of experience, made us easy to manipulate. Unknowingly, we enabled him to continue using. However, the Lord protected, and I believed that He would bring something good out of our nightmare.

Russ became both dependent on us and dangerous. I seemed to be his primary target. Once he threw a knife at me and another time, a large rock. Other instances too painful to describe convinced me that Satan was trying to destroy me. In time, Bill and I learned about tough love. It was our only tool to make Russ face his problems. With our encouragement, he tried church, treatment centers, support groups, counselors, and mental hospitals.

But the downward spiral continued. Nothing gave him or us more than temporary relief.

Finally, God spoke loudly to Russ through a near-fatal motorcycle accident. One month later, in the middle of the night, he trusted Christ as his Savior. But to our dismay, addiction still had a stranglehold on him. He had to be taught how to find victory in Christ one step at a time.

Russ overwhelming needs required a simple but comprehensive plan dealing with the whole person (spiritual, physical, mental, emotional, and social). I searched desperately for an effective recovery program. Careful research convinced me that the best from many sources needed to be combined into one dynamic, Christ-centered plan. But who was I to attempt such an awesome task? Yet, how else could people falling through the cracks of traditional treatment find help? 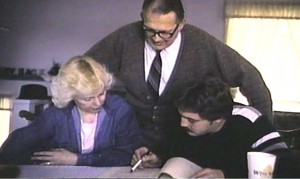 With much prayer and Bills support, I began to write. My goal was to write a biblically-sound recovery program marked by simplicity and completeness. Jesus Christ, rather than ones self or others, would provide the strength and foundation for recovery.

I began testing the program on Russ over the phone to avoid his radical mood changes. His input kept the needs and viewpoint of the addicted foremost. I rewrote and retested again and again. What a challenge to teach him how to walk in the light of his new identity in Christ!

Gradually, Russ began to recover. As his addiction lost its hold, we all began to live a more normal life. Russ started to resemble the sweet person we’d known as a child. Because his father (Keith) had also stopped drinking, he and Russ became close for the first time. Jesus Christ mended relationships which human effort could never have healed. His father came to know the Lord just two days before cancer took his life.

The focus on Bible-based recovery encouraged Bill and me and gave us hope. Although we had known the Lord for years, the Overcomers Goals helped us keep a balanced perspective. To symbolize our victory in Christ, a family member designed the Overcomers Cross. This meaningful symbol identifies this Christ-centered approach to recovery. 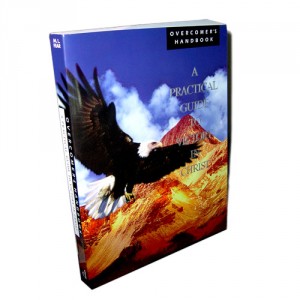 Overcomers In Christ was too good to keep to ourselves. We had few resources, but God moved His people to help. The Lords work forged ahead because many gave sacrificially. They shared our passion to meet people at their point of need and lead them to Jesus Christ.

On January 30, 1987, we held the first Overcomers in Christ meeting. The thrill of seeing others recover began to replace the pain of the past. Churches, jails, and missions across the nation welcomed our help in equipping them to lead troubled people to new life in Christ.

The Overcomer’s Handbook proved effective as a discipling tool regardless of what problems people were struggling with. As the Lord made it possible, we adapted the ministry to meet these widespread needs. Our rapid growth became both a joy and a challenge. The Lord forged Overcomers in Christ out of our fiery trial. He was preparing us to equip others for Christ-centered recovery. With Gods help and your support, we will continue to reach hurting people.

HOW ARE WE SUPPORTED?

Overcomers In Christ is supported by the sacrificial giving of people who believe in what we do and desire to further this effective ministry.

Since O.I.C. is a 501(c)3 organization, your financial gifts are tax-deductible except when given in exchange for recovery resources.

It is our prayer that the Overcomer?s Handbook will help you experience the tender love and healing power of Jesus Christ. No matter how big or small the problems you face, He will help you find victory. Christ is the solution to all life?s problems including sin, sorrow, and death. (He not only has the answer, but He is the answer.)

And who is Jesus Christ? He is the eternal Son of God who always was and always will be. He is our Creator and the Lord of the universe. Jesus had no sin of His own, but He came into the world to save sinners like you and me. By dying on the cross for our sins, Christ totally defeated Satan. He rose again from the dead as the great Overcomer. He lives so that we too can become overcomers rather than live in defeat.

WHAT IS CHRIST-CENTERED RECOVERY?

Christ-centered recovery involves turning from false gods to the One who gives abundant life. ?You turned to God from idols to serve the living and true God.? False gods promise power, meaning, and security, but they ultimately destroy their worshippers. In contrast, we discover our reason for living as we find our identity, acceptance, and purpose in the Lord Jesus Christ.
Who needs recovery? Anyone whose relationship with God, family, and others falls short of God?s standard. In other words, we all do to some degree. Some people like to think of recovery as spiritual growth. That?s exactly right because recovery means allowing Christ to control every area of our lives (spiritual, physical, mental, emotional, and social).

Christ?s victory over sin on the cross provides the foundation for recovery. Sinful behavior is simply an attempt to meet our needs elsewhere than in Christ. We overcome life controlling habits to the extent that we find our deepest needs met in Him.

Recovery begins when we become God?s child, but it does not end there. Genuine recovery is only possible as we allow Christ, rather than self, on the throne of our lives. Surrendering to the Lord gives Him His rightful place at the center of all that we think and do. Anything less holds us back from the purpose for which God created us. (Scripture reference: 1Thes.1:9b)

Recovery begins when we become God?s child, but it does not end there. Genuine recovery is only possible as we allow Christ on the throne of our lives. Surrendering to the Lord gives Him His rightful place at the center of all that we think and do. Anything less holds us back from the purpose for which God created us. (Scripture reference: 1 Thess. 1:9b)

Anyone from 12 to 112, whether male or female, educated or uneducated, Christian or non-Christian, can find the Overcomers In Christ resources to be extremely helpful.

Our resources involve people in biblical recovery no matter who or where they are. We also help lighten the load of those who minister to others. Pastors and other servant-leaders tell us that they personally benefit from the practical principles in our Handbook.

HOW DOES O.I.C. BUILD THE CHURCH?

The material and Overcomers Groups deal with issues on a deeper level than can possibly occur in the typical church setting. O.I.C. reaches people who might otherwise never be reached and helps them fulfill their potential for God.

You won?t find a simpler or more effective tool for evangelism and discipleship. Overcomers In Christ gets beyond the Christian facade and lovingly confronts real life problems.

Our Overcomers Groups provide an ideal setting for helping one another apply biblical truths in a practical way. Little wonder that pastors and counselors get better results with less effort!

As Christ becomes central to the lives and thinking of participants, churches grow in spiritual vitality.

WHAT WE BELIEVE (O.I.C. STATEMENT OF FAITH)

We believe and promote these basic Bible truths: